Shared by: Manisha Bucktrout from WALMART
Share
Over 1016 suppliers can give you a quotation.
Get Quotations Now
You should get the quotation(s) in 6 hours .
Related Products from Alibaba The HT Studio 20 is a highly versatile amplifier suited to a wide range of playing styles and situations.

The Clean Channel provides a wide range of clean and moderately overdriven tones. The voicing is typical of many 'boutique' style amplifiers with a ringing Class A type performance. The overall character may be adjusted with the Tone control from dark and warm through to bright and sparkling.

The HT Studio 20 Overdrive Channel is characterized by a tone, which is high in gain, but lacks any of the detached top-end 'fizz' often found in many similar designs. This is a result of unique preamplifier and power amplifier shaping techniques, which also benefit the player in the way the overdrive, cleans up beautifully as the guitar volume is reduced. Even at the most extreme settings, the Overdrive Channel remains natural sounding.

The HT Studio 20 Overdrive Channel also has its own highly flexible EQ section providing a variety of overdriven tones. The Patent-Applied-For ISF (Infinite Shape Feature) control is unique to Blackstar Amplification and represents a major step forward in tone shaping flexibility. The ISF control shifts the response of the three-control tone stack between a US type response at one end, and at the other a UK type response. Importantly, in between the two extremes, lie an infinite number of alternative tone choices that would be otherwise unavailable.

The HT Studio 20's two-channel design has been optimized for either preamp or power amp overdrive, or a combination of both. The carefully voiced preamp and cathode biased dual EL34 power amp configuration provides the user with the ability to create wonderfully lush valve tones. From mild overdrive that cleans up by backing off the guitar volume control, to highly saturated distortion, this amp does it all. 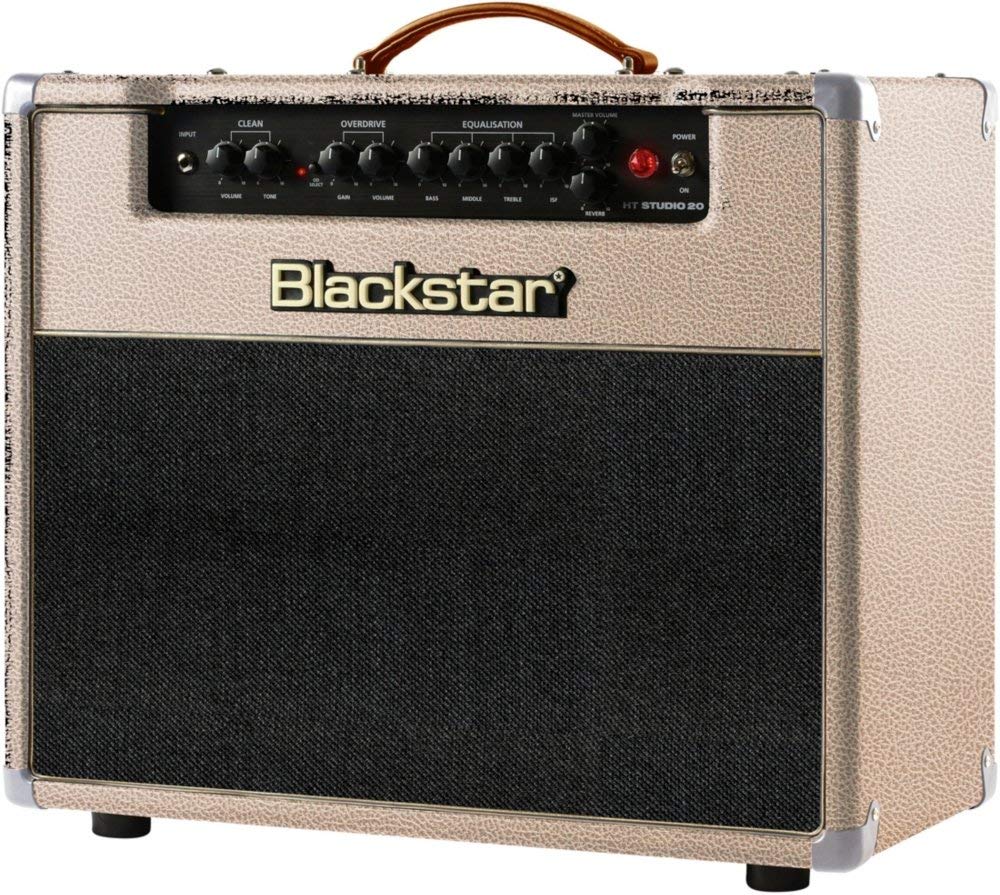