Shared by: Heaven Beesting from AMAZON
Share
View full details
Over 10 suppliers can give you a quotation.
Get Quotations Now
You should get the quotation(s) in 6 hours .
Related Products from Alibaba

Germany released, Blu-Ray/Region B : it WILL NOT play on regular DVD player, or on standard US Blu-Ray player. You need multi-region Blu-Ray player to view it in USA/Canada: LANGUAGES: English ( Dolby Digital 7.1 ), English ( Dolby DTS-HD Master Audio ), German ( Dolby Digital 7.1 ), German ( Dolby DTS-HD Master Audio ), German ( Subtitles ), WIDESCREEN (2.35:1), SPECIAL FEATURES: 3-DVD Set, Interactive Menu, Scene Access, SYNOPSIS: Naked Fear (2007) A young woman travels to a town where hunting is a very common sport and works as a dancer. But after accepting a ride from a stranger, she awakes naked in the woods, and the hunt is on. The young woman has a series of difficulties which lead to her constantly having a lack of choices. She has no money, and seems to be lied to as a standard course. The dancing job lacks the class she suspected, and is really in a seedy club with seedy people where she is expected to dance at least semi naked. She wants to get away, but has no choices. She tries to find someone, anyone to send her money to get out of this town, but no possibilities there. New people in this odd town are suspicious and new friends that seem to be good or ethical are very hard to make. This all adds to her being quite alone and having no one to turn to. All of that also makes her very vulnerable to a killer looking for vulnerable women. Naked Fear 2 (2009) After arranging a meeting with a stranger from an online dating site, Valora falls victim to an abusive psychopath. But rather than trying to flee she decides to play his game and ultimately turn the tables on him, with the hunter becoming the hunted. Naked Fear 3 (2009) A young woman is kidnapped by a stalker and used as a human lab rat. ...Naked Fear 1-3 - 3-Disc Set ( Naked Fear / Match.Dead / From the Shadows ) ( Naked Fear 1 / Naked Fear 2 / Naked Fear 3 ) 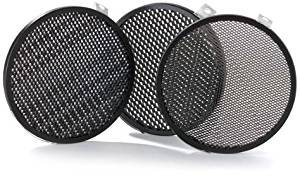