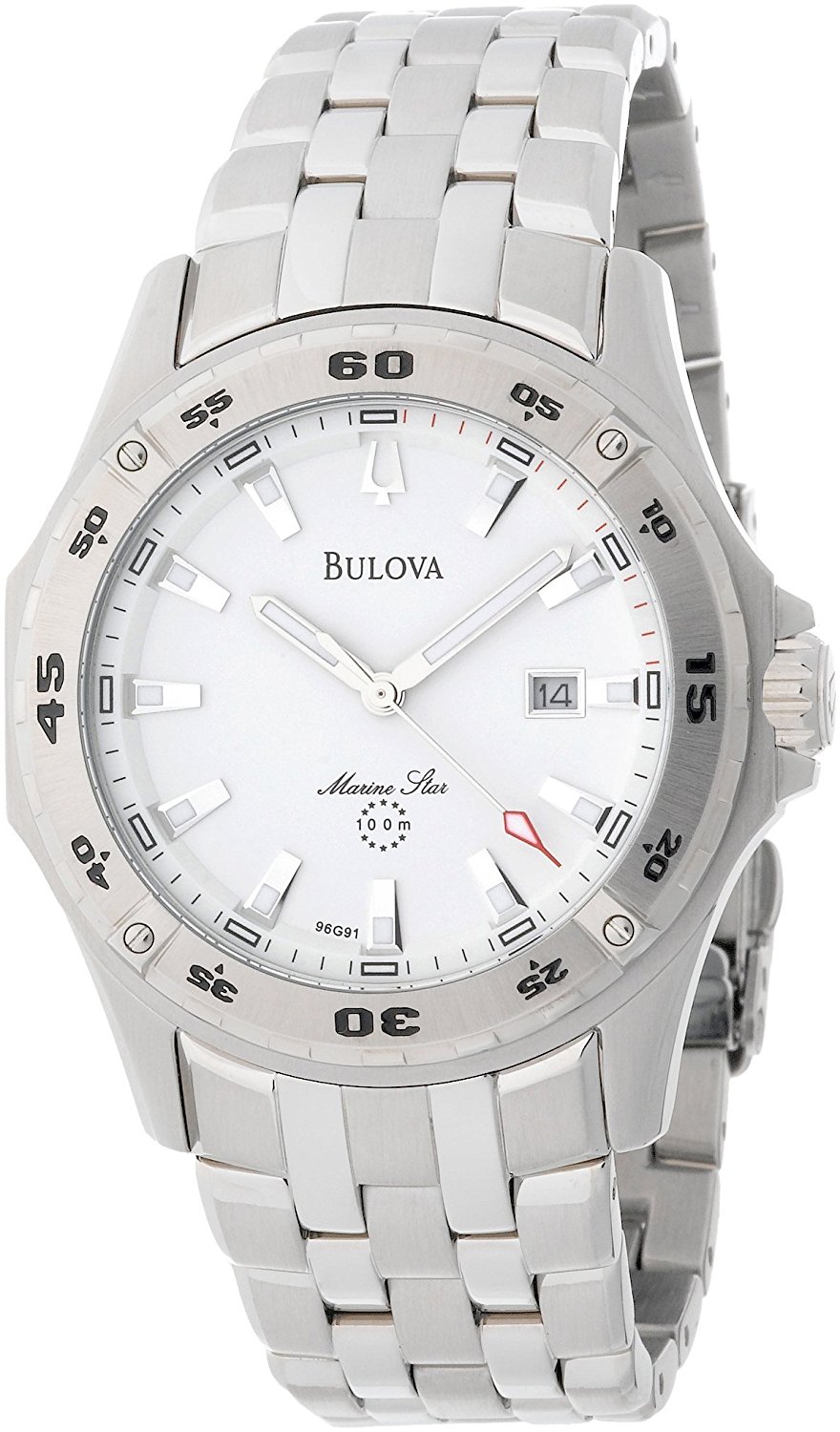 Shared by: Vanessa Freeman from amazon
Share
Over 629 suppliers can give you a quotation.
Get Quotations Now
You should get the quotation(s) in 5 hours .
Related Products from Alibaba Amazon Hot Smart Bracelet m3 life waterproof sleep monitor blood pressure heart rate monitor fitness band watch US $6.35-$9.35
Description
Set a crisp-yet-rugged tone with this silver-tone timepiece from Bulova. The Bulova Men's Marine Star Calendar Watch features a handsomely polished stainless steel band that joins to a stainless steel case. A matte white dial is framed by a unidirectional stainless steel bezel that features black engraved Arabic numeral minute markers in increments of five as well as screw-down accents. Luminescent silver-tone shape hour indicators, black stick minute markers, luminescent hands, and a date window at the three o'clock position are found on the dial. This versatile timepiece strikes a balance between dress-caliber and casual. The Bulova Men's Marine Star Calendar Watch is water resistant to 330 feet. In 1875, a young Czech immigrant named Joseph Bulova set up shop in New York City, and a legendary American watch brand was born. Bulova was trained as a jeweler, and his expertise carried over into his watchmaking career, which began around 1911 with boudoir clocks and pocket watches, and soon evolved to include what was then one of the latest and most fashionable technological innovations: the wristwatch. Bulova introduced its first line of wristwatches in 1919. The company grew and prospered, and soon early radio and television ads were declaring, "America runs on Bulova time." In the 1950s, continuing its legacy of innovation, Bulova introduced Accutron, the first electronic watch, and the first breakthrough in timekeeping technology in over 300 years. The Accutron timing mechanism was later adapted for use by NASA computers and a Bulova timer was even placed on the moon to control transmissions of data. Bulova timepieces have kept official time aboard Air Force One and have also served as official timepieces for U.S. Olympic teams. Today, Bulova maintains its tradition of excellence in technology and design, offering a diverse collection of beautiful precision timepieces for every occasion.

original!! Bulova Marine Star 98B151 Wrist Watch for Me null

Bulova Marine Star 98B103 Wrist Watch for Me null 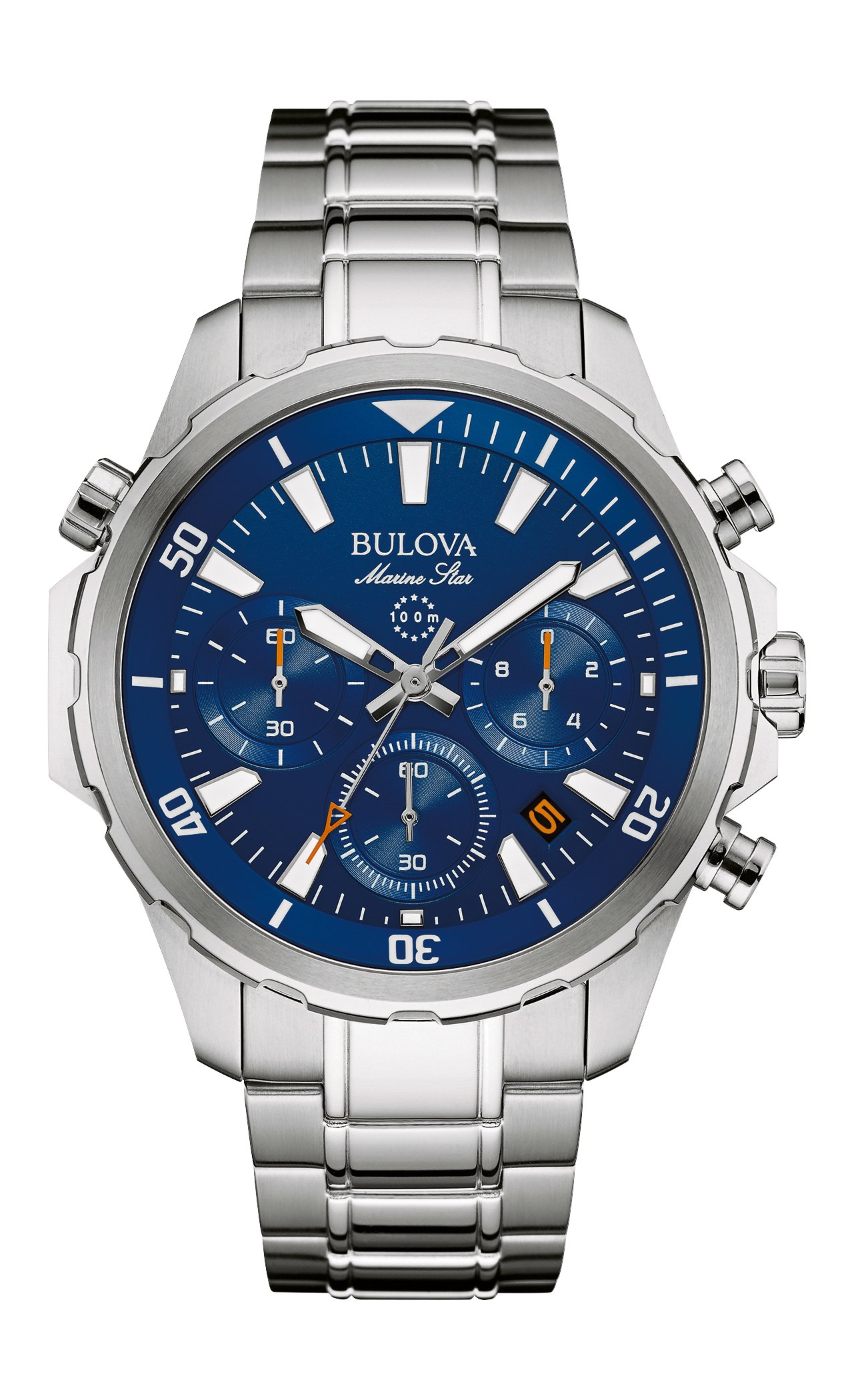 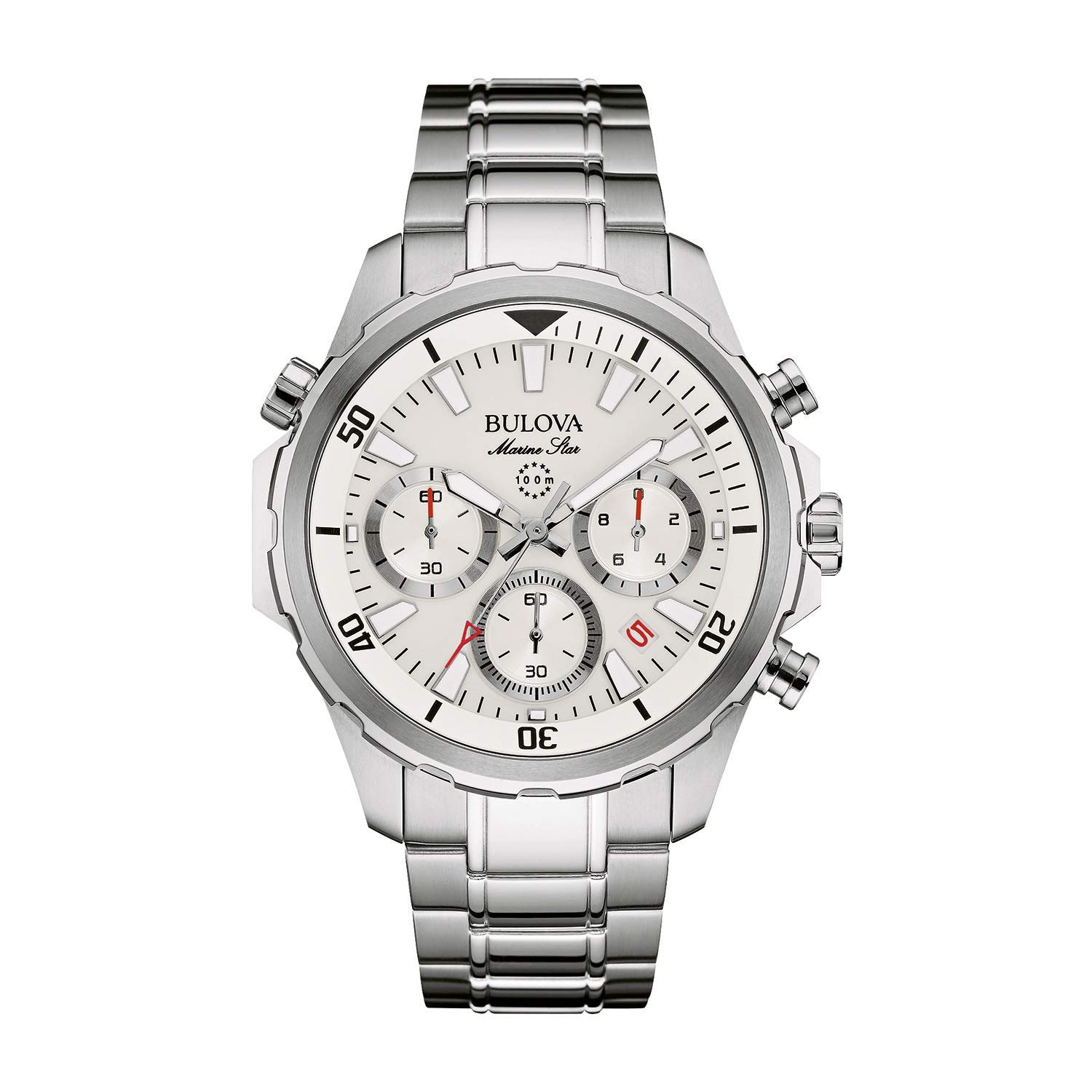 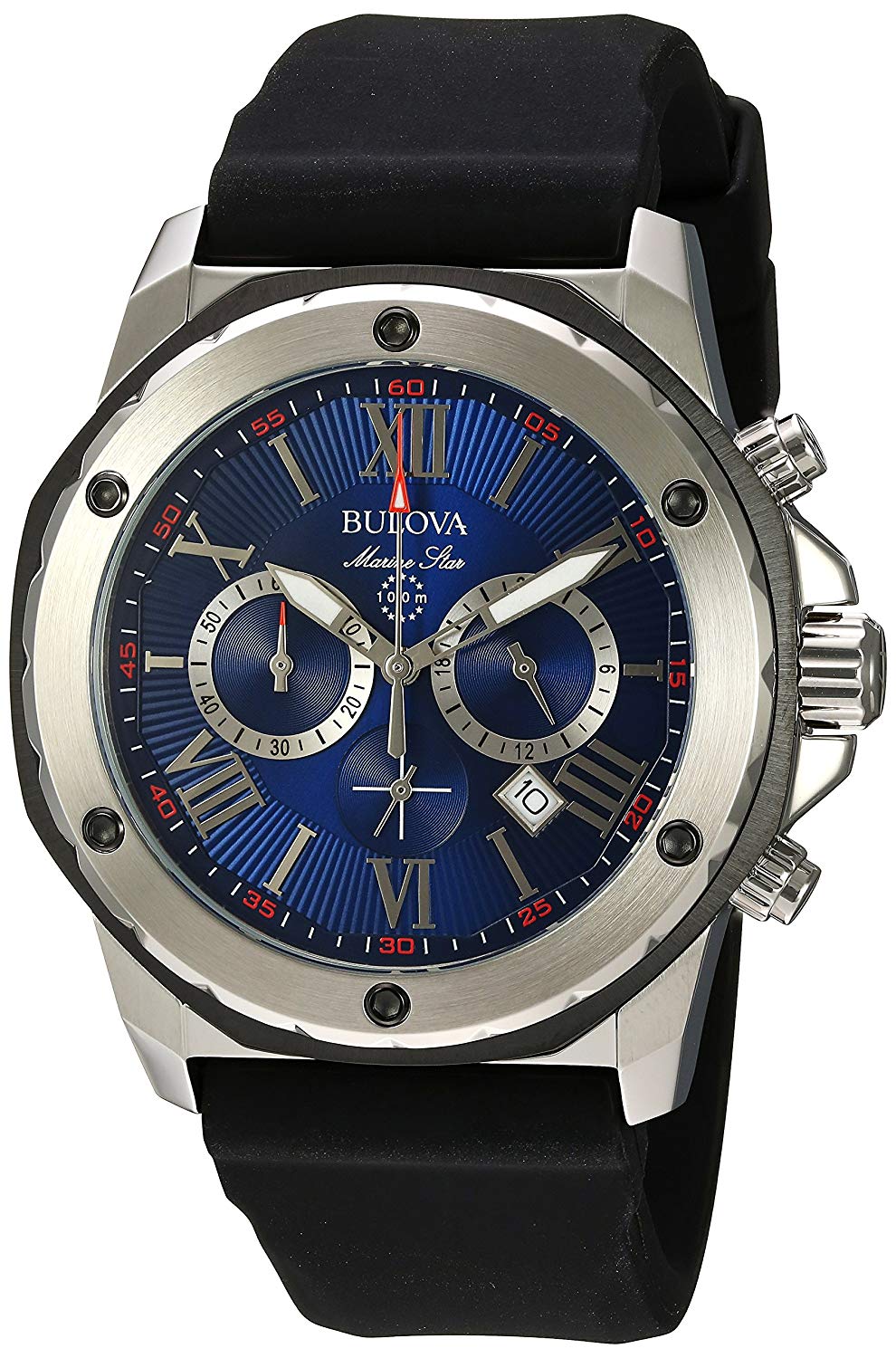