Shared by: Anwar Blenkinsop from AMAZON
Share
Over 629 suppliers can give you a quotation.
Get Quotations Now
You should get the quotation(s) in 5 hours .
Related Products from Alibaba This elegant, crystal-studded Bulova timepiece is pretty enough to wear on your wedding day. The Bulova Women's Crystal Watch features a stainless steel band engraved with a diamond pattern. The elliptical stainless steel case houses a white dial that's framed by Swarovski crystals studding a stainless steel bezel. Silver-tone Arabic numeral hour indicators at the three, six, and nine o'clock positions take their place among stick hour indicators and a Bulova logo at the 12 o'clock position. Silver-tone hands round out the silvery motif of this fine timepiece. The Bulova Women's Crystal Watch is water resistant to 99 feet. 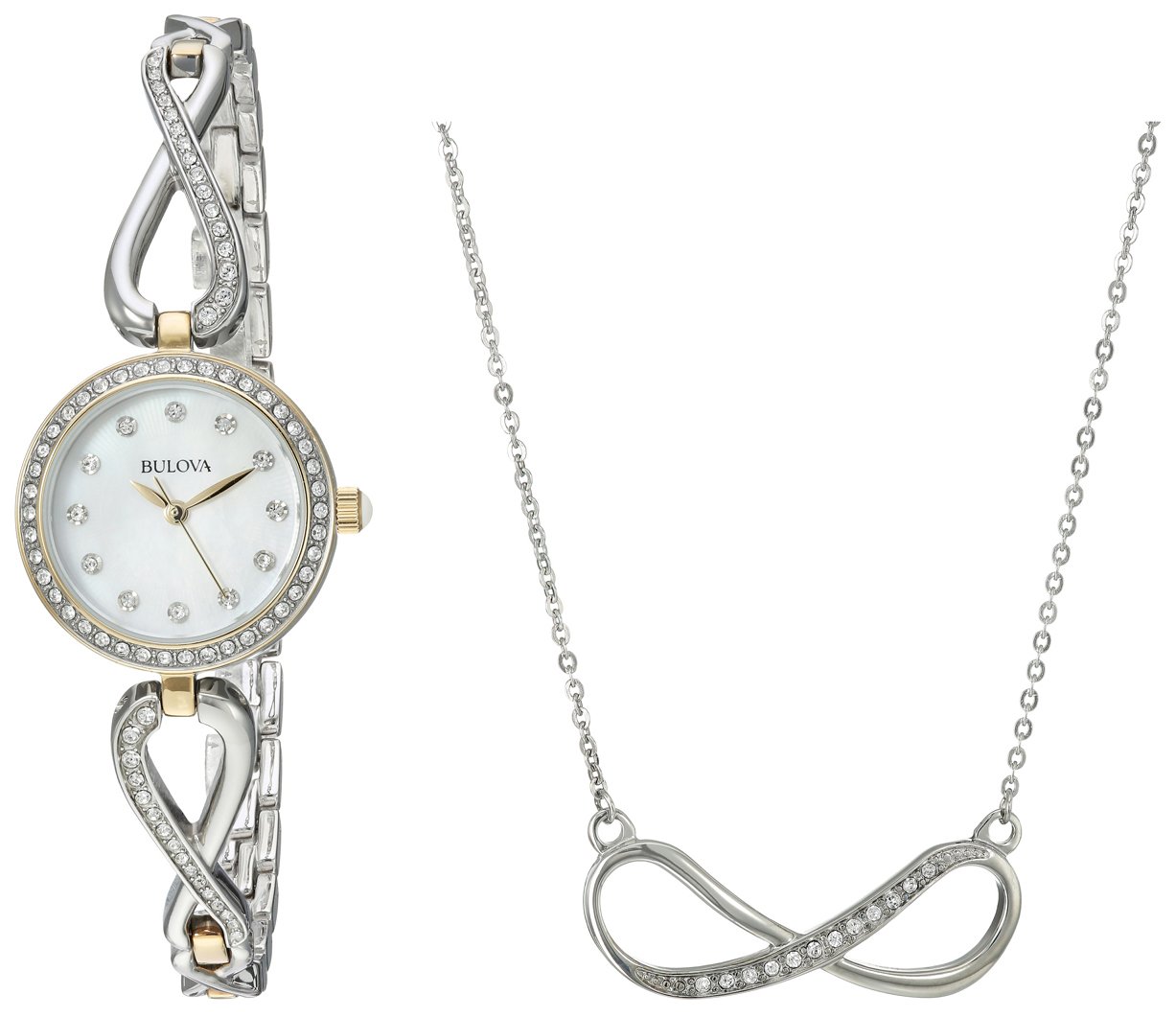