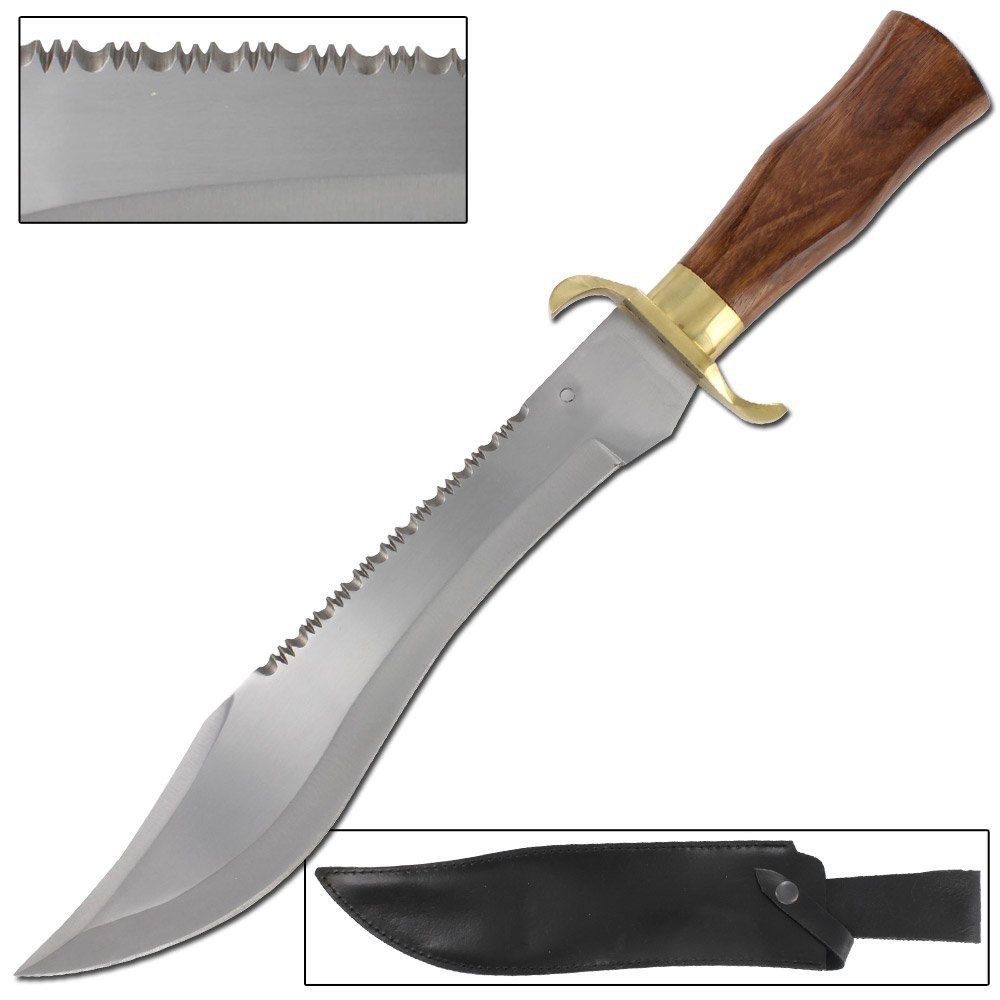 Shared by: Erin Martin from amazon
Share
Over 10 suppliers can give you a quotation.
Get Quotations Now
You should get the quotation(s) in 6 hours .
Related Products from Alibaba Real Leather Handle Military Knives Survival Kabar Fixed Bowie Hunting Knife US $9.00-$9.60
Description
It is said that Outnumbered, shot and bludgeoned, James Bowie held four assailants, killing one and wounding another with what witnesses say was a big butcher style hunting knife. After an earlier assault in Alexandria, Louisiana, James's older brother gave him the knife so that he would never be unarmed again. This first assault was by Major Norris Wright who, incidentally, was the same person who later died by Bowie's knife on that Mississippi sandbar. Our Mississippi Sandbar Big Butcher Bowie Knife is constructed of carbon steel sharpened to perfection. The blade has a false upper edge with a saw back for cutting through small limbs or cutting rope. The S guard is zinc with a brushed brass colored finish. This type guard is intended to catch an opponent's blade or provide protection for your own hand. The handle is made from a hard wood and stained. The Bowie knife was originally designed to fill the need for a wearable, convenient close combat weapon. Besides using this knife as a weapon the Bowie knife's design also lends itself to use as a hunting knife for skinning or butchering game. This knife can do it all whether using it as a tool or weapon. Included is leather sheath with belt loop to protect your blade and keep it at your side at all times. Please note that due to the carbon content of this hand forged item there may be minor rusting. 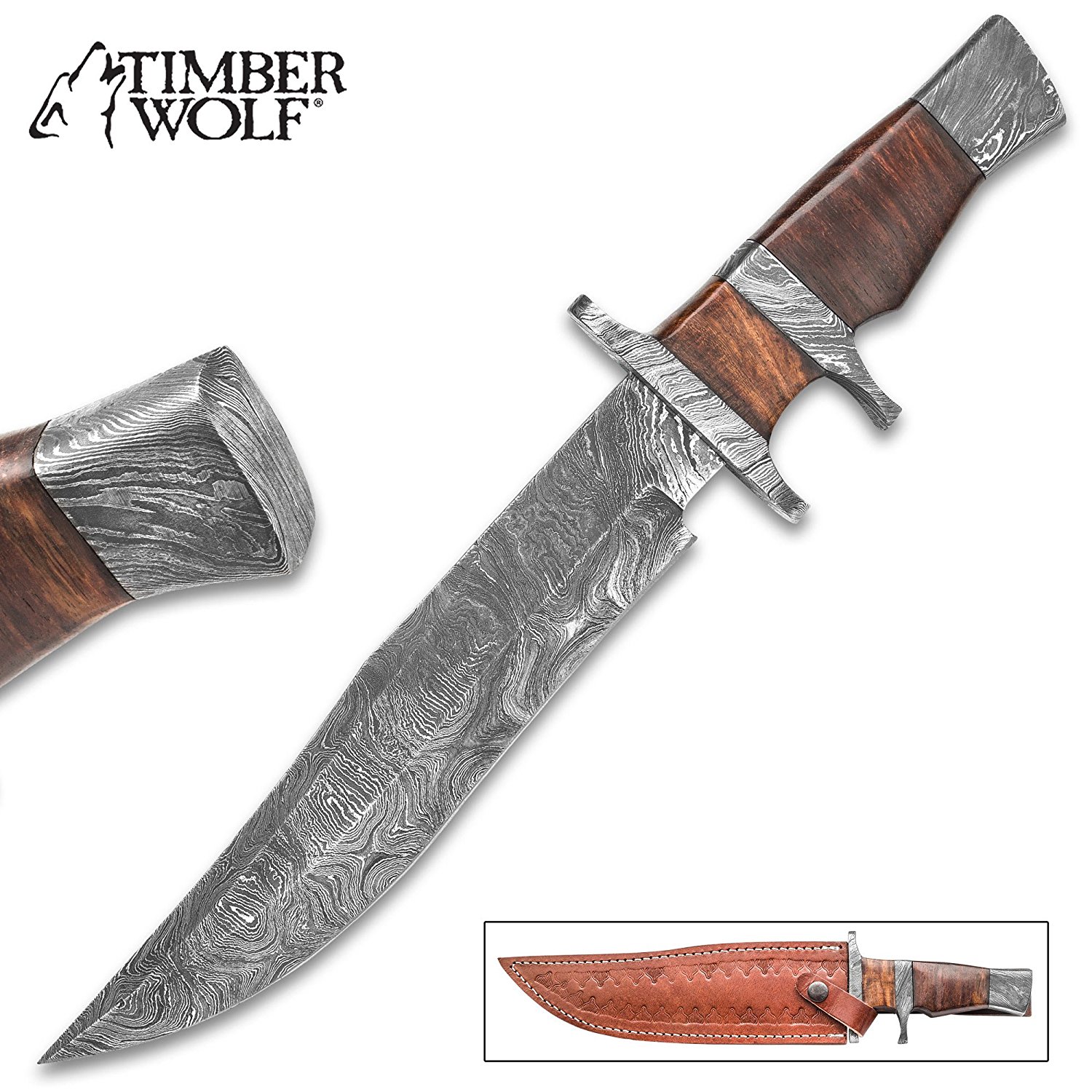 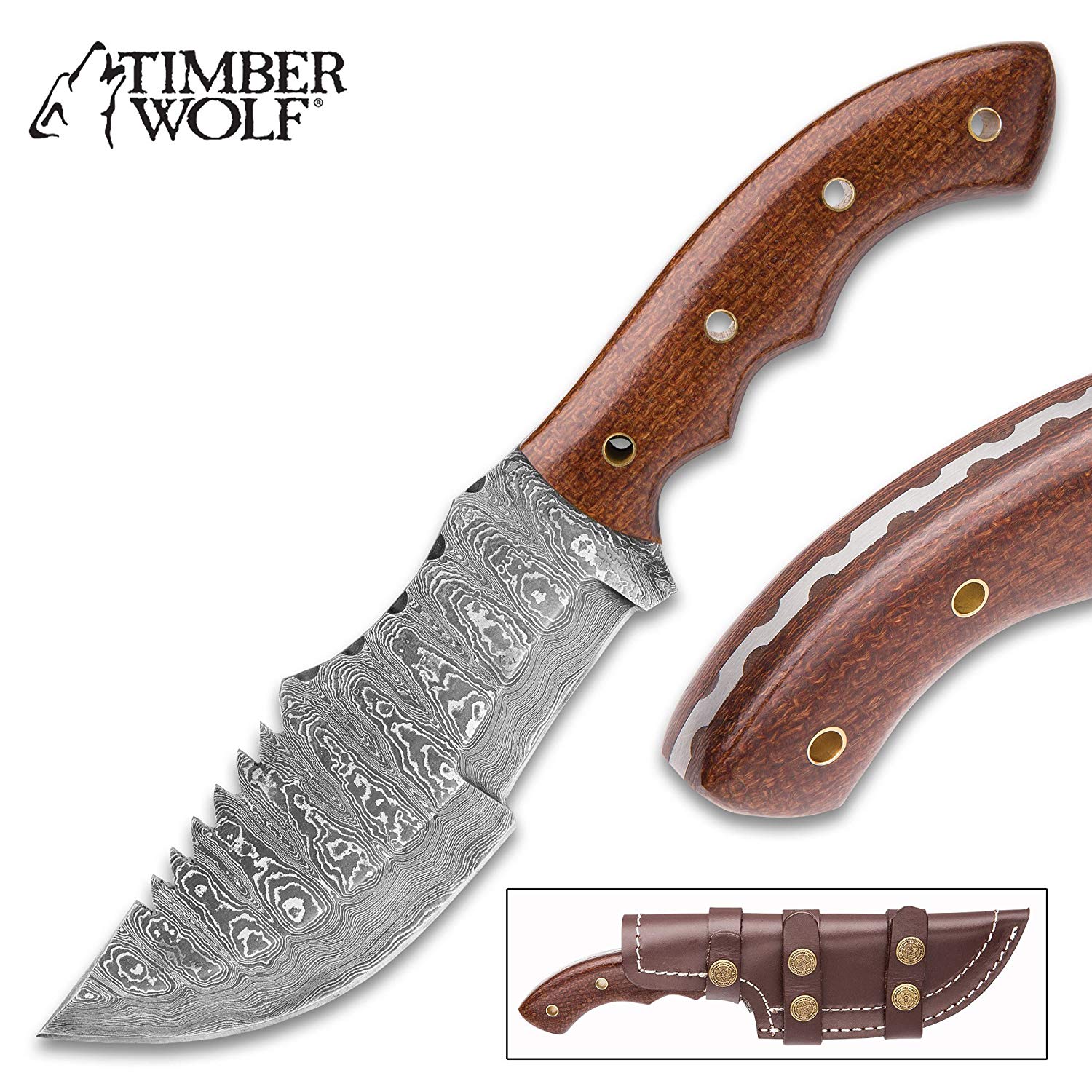 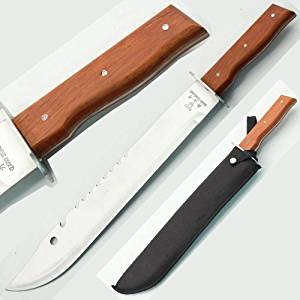 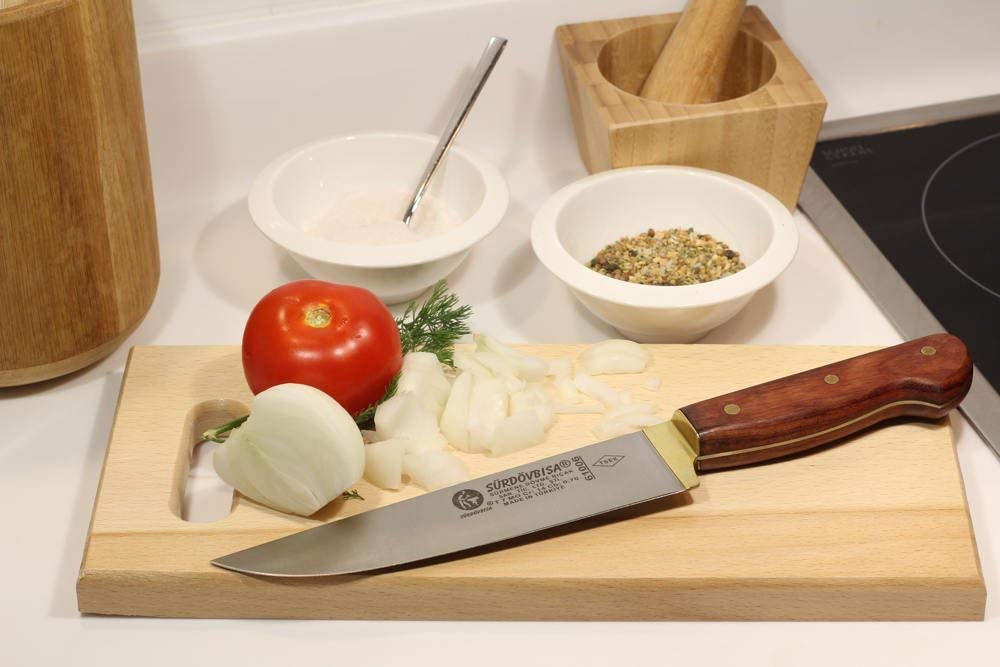 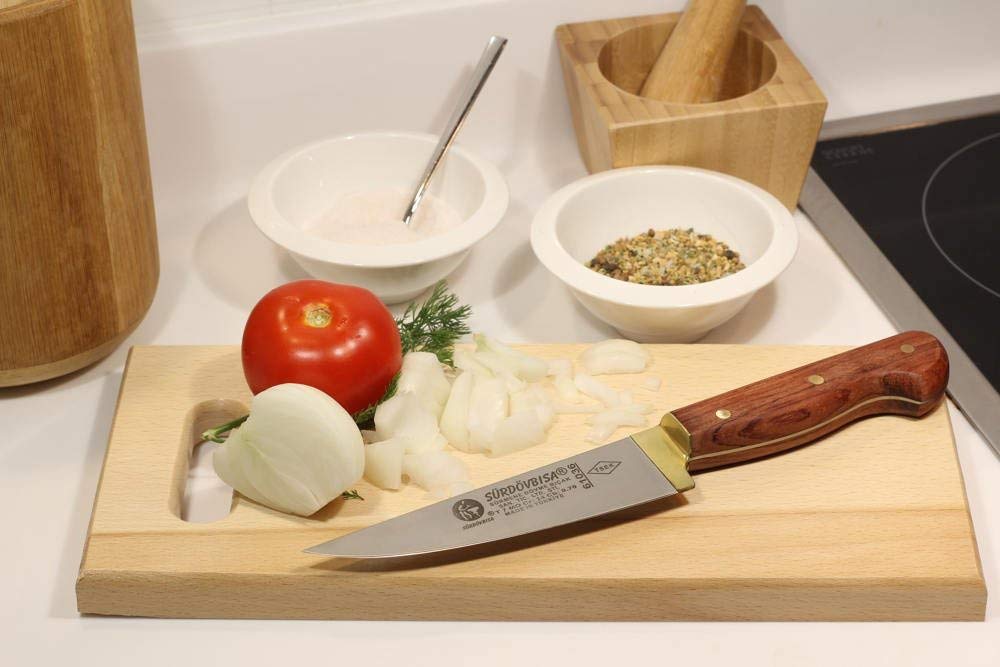