Shared by: Tyrique Coning from AMAZON
Share
Over 10 suppliers can give you a quotation.
Get Quotations Now
You should get the quotation(s) in 5 minutes .
Related Products from Alibaba This is a rare September 1962 playbill from the two-week, Dinner Theatre engagement of the RICHARD ADLER and JERRY ROSS musical comedy "DAMN YANKEES" at the Wilsker's Westchester Dinner Theatre in Yonkers, New York. (The Original Broadway production opened May 5th, 1955 at the Forty-Sixth Street Theatre in New York City and ran for 1019 performances.) ..... The musical starred MONIQUE VAN VOOREN as "Lola" and JOSEPH LEON as "Applegate" and featured TOM RASKIN, RUTH WEBB, HARRY STANTON, CAROLINE PARKS, ANITA WEBB, MARVIN SPRAGUE, DON ROGERS, JACK MURRAY and PATRICK CARTER ..... CREDITS: Book by GEORGE ABBOTT and DOUGLASS WALLOP based on the novel, "The Year the Yankees Lost the Pennant," by DOUGLASS WALLOP; Music and Lyrics by RICHARD ADLER and JERRY ROSS ("Pajama Game"); Sets designed by ALBERT FURST; Costumes designed by JOE CROSBY; Choreographed by BUFF SHURR; Directed by DONALD BURR; Produced by CARL SAWYER, RICHARD SCANGA and GARY McHUGH ..... DETAILS: The twelve page playbill measures 6" X 9" inches and includes full production credits, cast list, musical numbers and bios of each of the leading actors but with the exception of the front cover, no cast photos ..... CONDITION: With the exception of light edge wear, this playbill is in excellent condition and will make a wonderful addition to the collection of any musical theatre aficionado or historian. This item will be carefully packaged in a protective, carded sleeve and backed by stiff cardboard 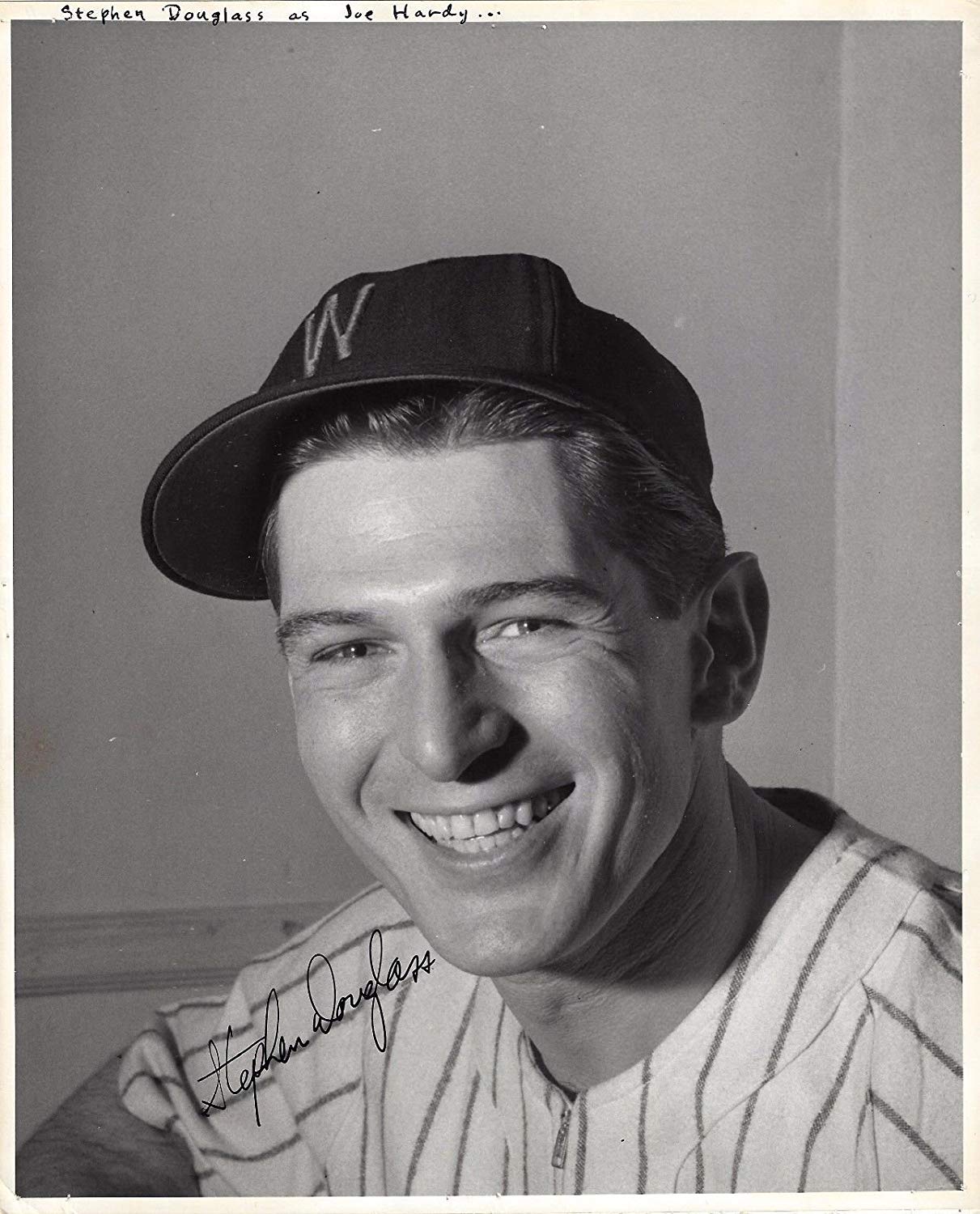 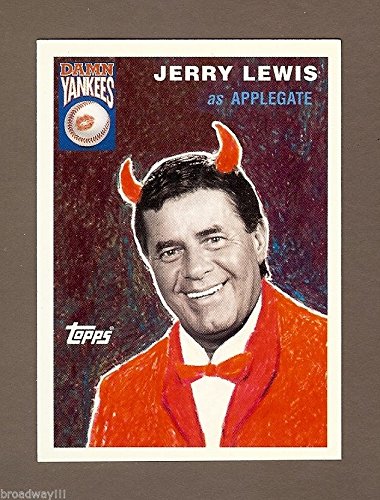 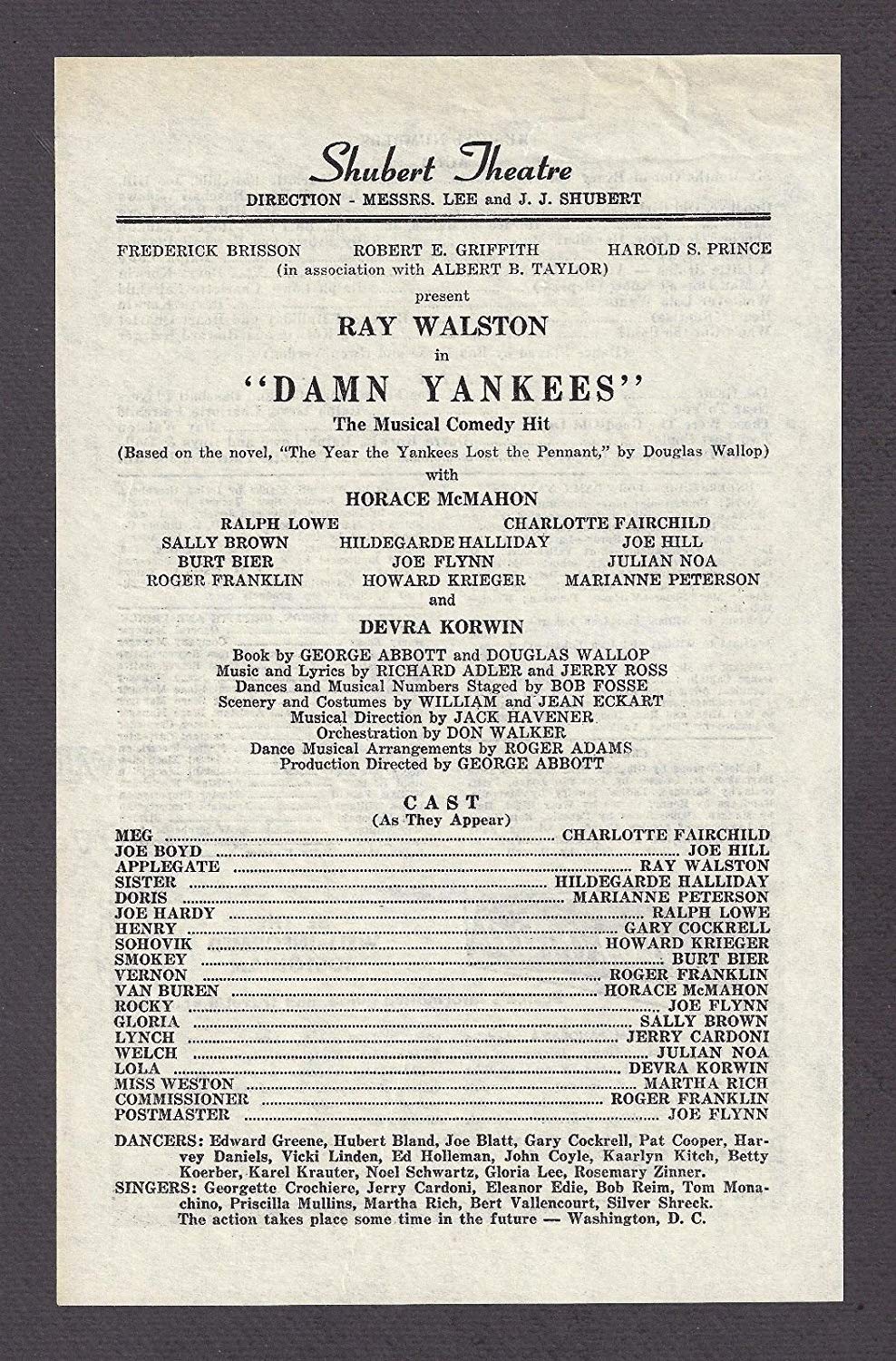 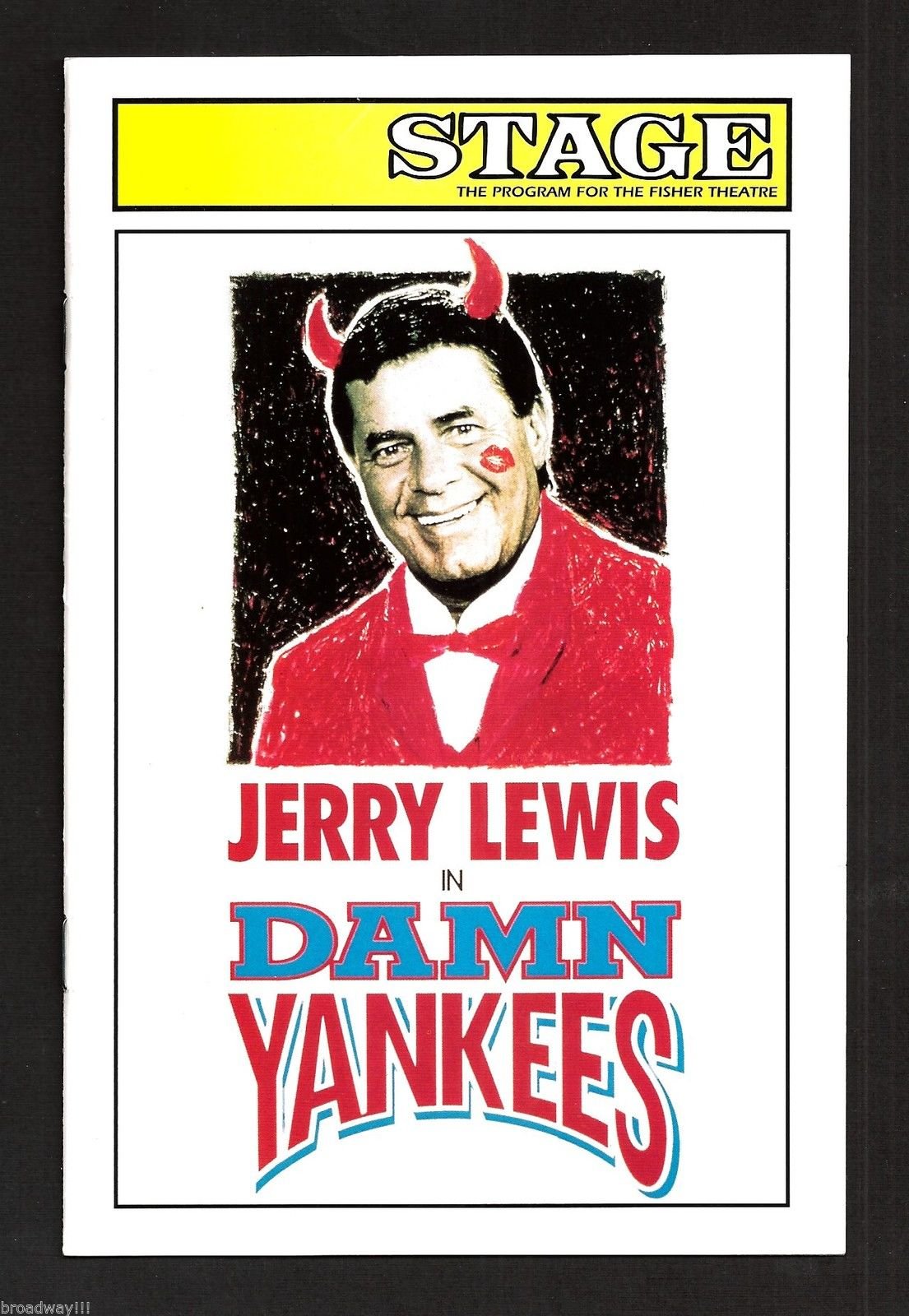 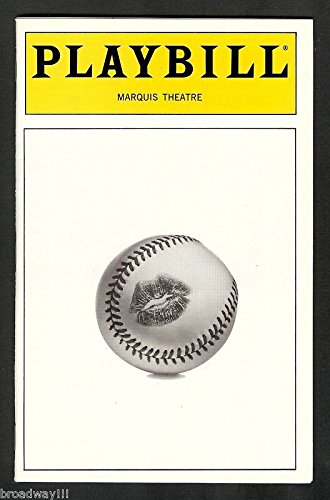 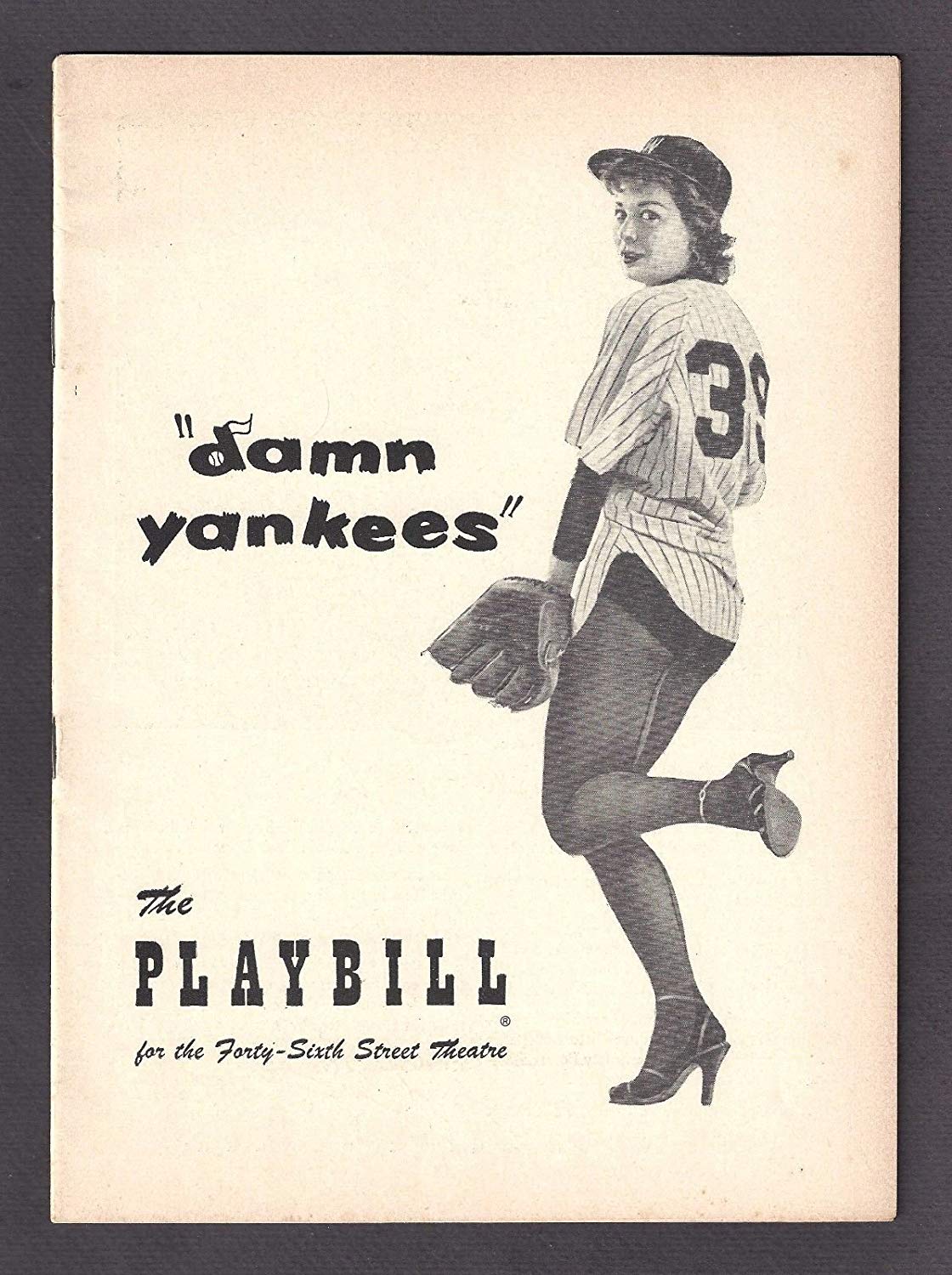 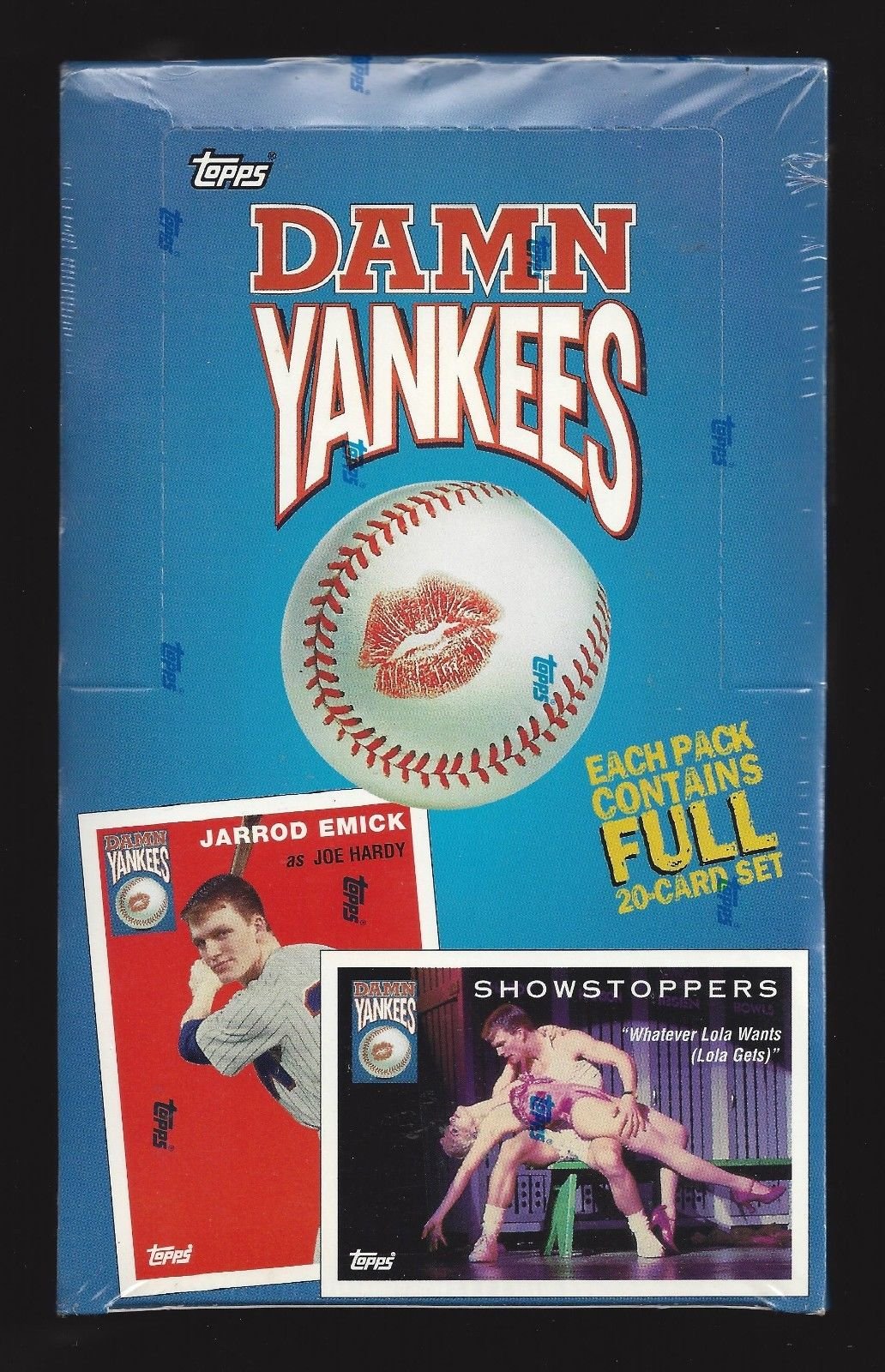 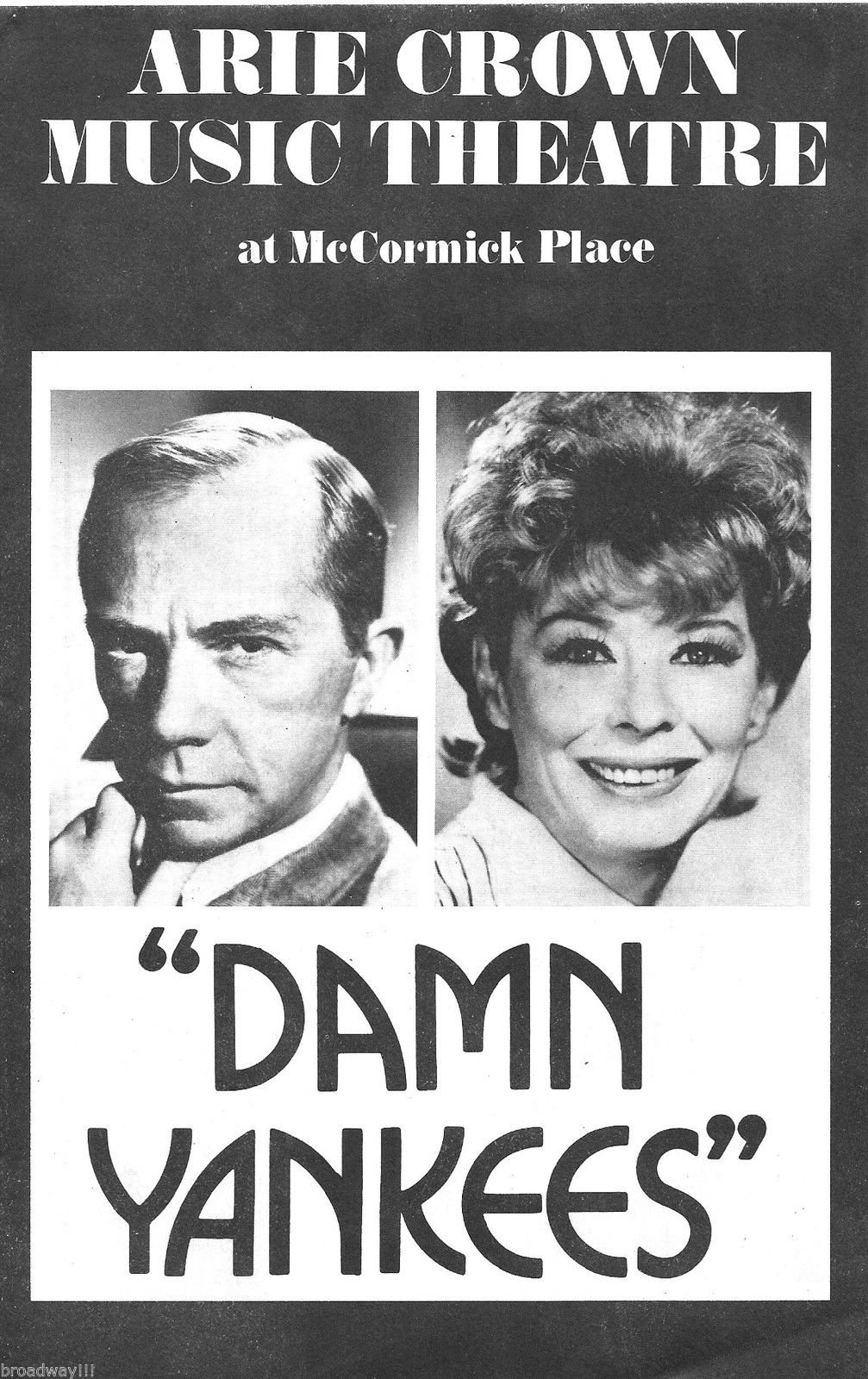