Shared by: Dania Astie from AMAZON
Share
Over 795 suppliers can give you a quotation.
Get Quotations Now
You should get the quotation(s) in 4 hours .
Related Products from Alibaba Graviola (leaf powder) 650 mg- Soursop Graviola Immune and Mood support (1 bottle 100 capsules) Soursop Graviola Extract Support positive mood and help you relax, promote proper brain function. The story of Graviola Graviola is the ­Portuguese name for a plant that is widely grown and consumed in Latin America. In Spanish-speaking countries, the fruit is called guanábana. Common names for it are soursop, custard apple, cherimoya, and Brazilian paw paw. By whatever name, this tropical evergreen tree produces a fruit with white flesh, many large seeds and an extremely sweet flavor. Because it is difficult to eat, its pulp is commonly made into juice. Health Benefits of Graviola Graviola's fruit or juice has long been used to help reduce fever. Aside from this, consuming the fruit has been known to relieve diarrhea nt it's leaves and fruit of the soursop tree contain biologically active fatty compounds. Stronger immune system with Graviola Soursop has a lot of excellent properties that are necessary to keep your immune system strong. These properties kill free radicals and ensure your immune system is at optimum health so it can effectively perform its functions. Ultra long lasting 100 capsule supply in every bottle. Graviola Extract power Graviola is used as a natural remedy for infections, fever, digestive problems and high blood pressure. Graviola has been used for its whole body calming effects and as a supplement to help maintain a positive mood. Suggested Use As a dietary supplement, adults take (1) one capsule per day. 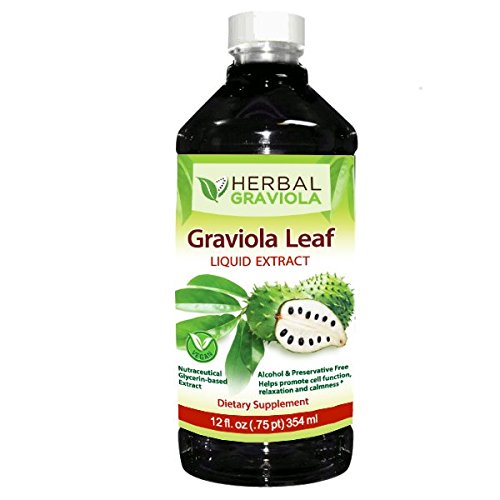