Shared by: Liberty Brightwen from AMAZON
Share
Over 435 suppliers can give you a quotation.
Get Quotations Now
You should get the quotation(s) in 4 hours .
Description

Dolphins Scramble Squares Dolphins, like whales, are members of the family of mammals called cetaceans. In fact, all of the oceanic dolphins and some of the coastal dolphins belong to the same family of cetaceans, the Delphinidae family, as both the killer whale and the pilot whale. The term "porpoise" is often used interchangeably with the term "dolphin," but porpoises are six smaller species in the Phocoenidae family of cetaceans. Dolphins have streamlined bodies and smooth skin, sensitive to touch and easily scarred. Most species of dolphins have many teeth, some as many as 200. Dolphins live in societies. Mothers with calves of similar ages live together, and their calves develop close relationships with one another, which they keep for years. There have been many documented cases of cooperative efforts by dolphins in trying to free captured companions. Dolphins are playful, have individual personalities and adapt well to humans. They can learn quickly through observation and have good memories. It is a common belief that dolphins are among the most intelligent of all animals and that they communicate in complex ways with one another. Although science has learned that Dolphins have large brains (the brain of a bottlenose dolphin weighs five pounds), tests of intelligence so far have determined that dolphins have no more intelligence or communication skill than some species of seals. Dolphins broadcast information about their environment with high pitched whistles and clicks focused through the melon shaped hump in the dolphin s head above and between its eyes. Dolphins identify their individuality with their whistles and body language. Their clicks are a form of sonar echo navigation. Some scientists believe that dolphins can immobilize or even kill their prey with sudden bursts of high frequency sound.

Pretty pictures of the most playful of aquatic mammals frolic in this version of the Scramble Squares challenge. Easy to Play, but Hard to Solve is the motto for this deceptively simple-looking puzzle. By the time you've become addicted and find yourself unable to solve the thing, you'll realize it's not so much a motto as a warning. Nine colorfully illustrated cardboard 4-by-4-inch squares depict various unfinished images of bottlenose dolphins, common dolphins, Irrawaddy dolphins, and white-sided dolphins along their edges. The images must be matched and the nine squares arranged in a larger square. An ingenious, elegantly executed puzzle idea, Scramble Squares will have you simultaneously blessing and cursing its inventor. --Claire Dederer 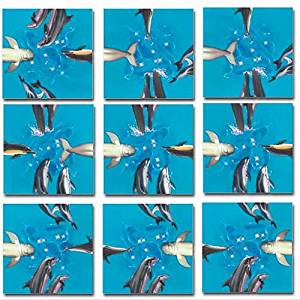 SET OF 3 SCRAMBLE SQUARES PUZZLES: FOOTBALL BASEBALL and HOOPS US $20.00 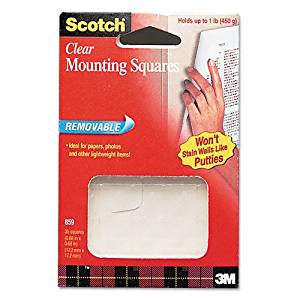 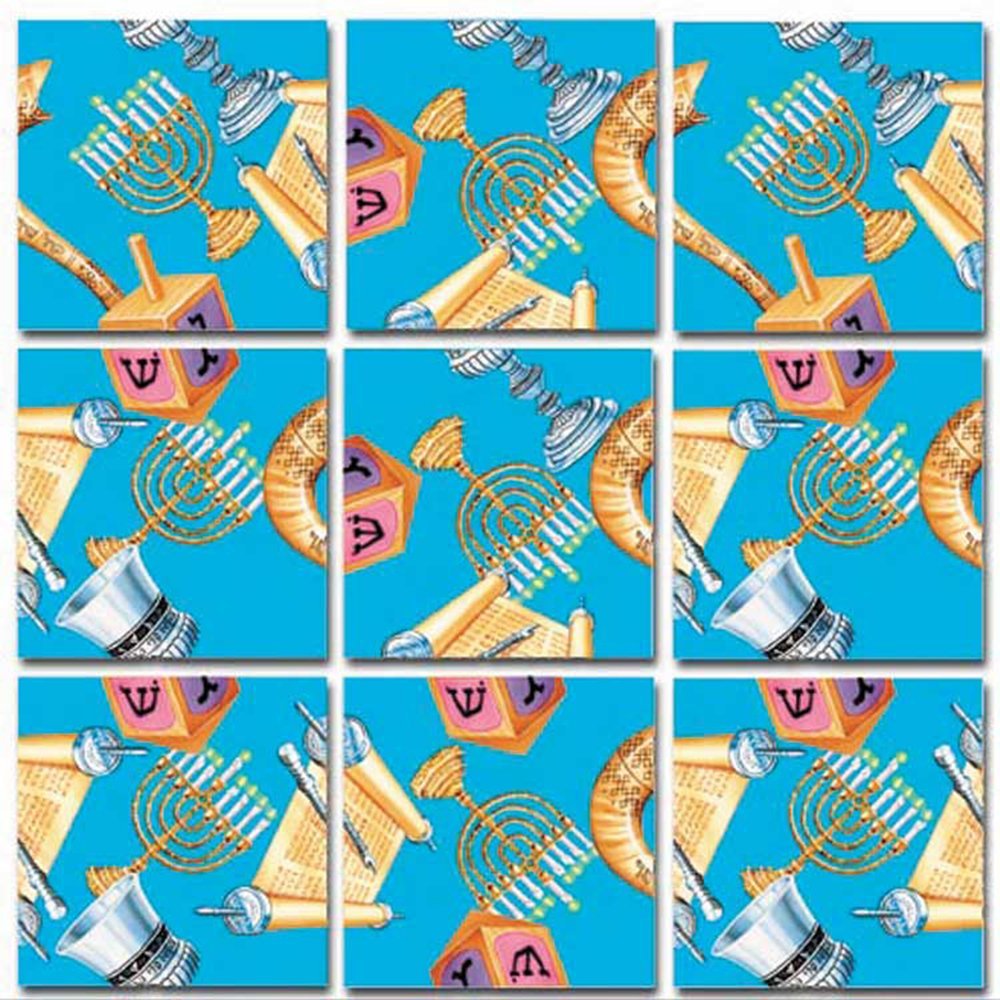 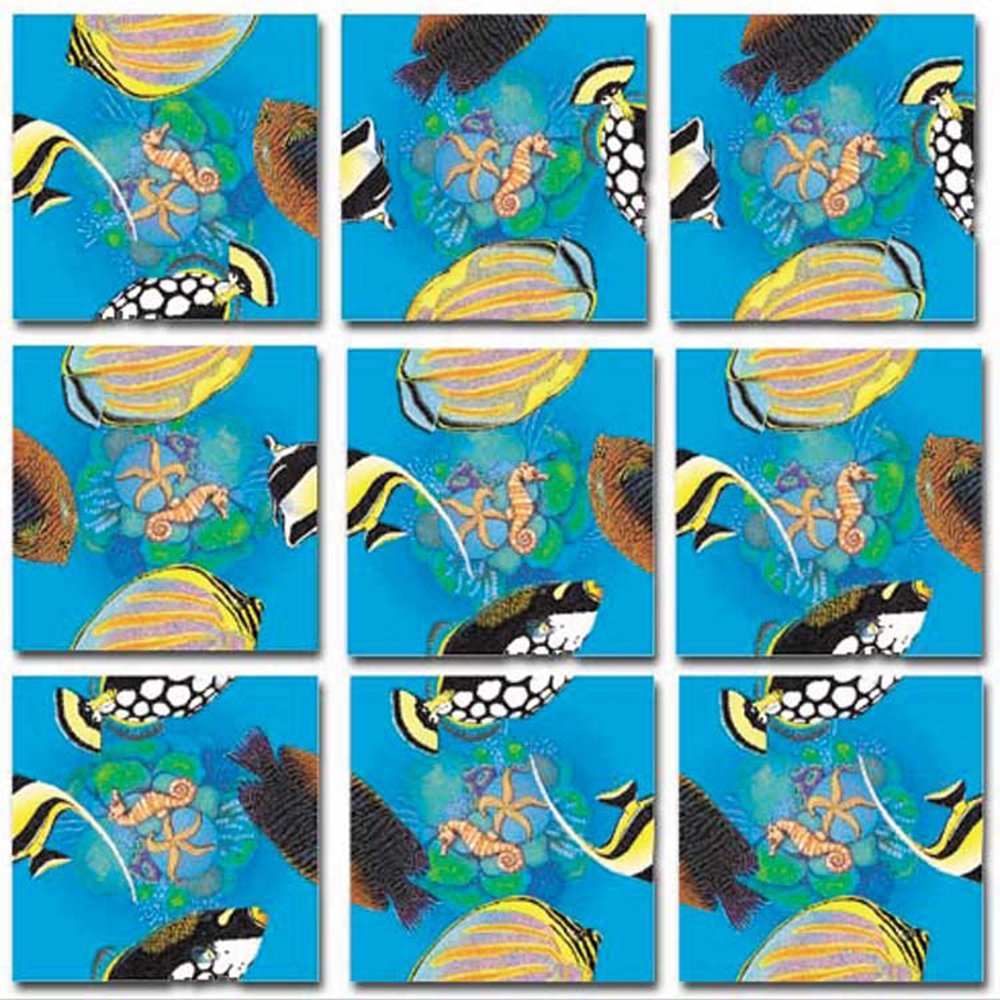 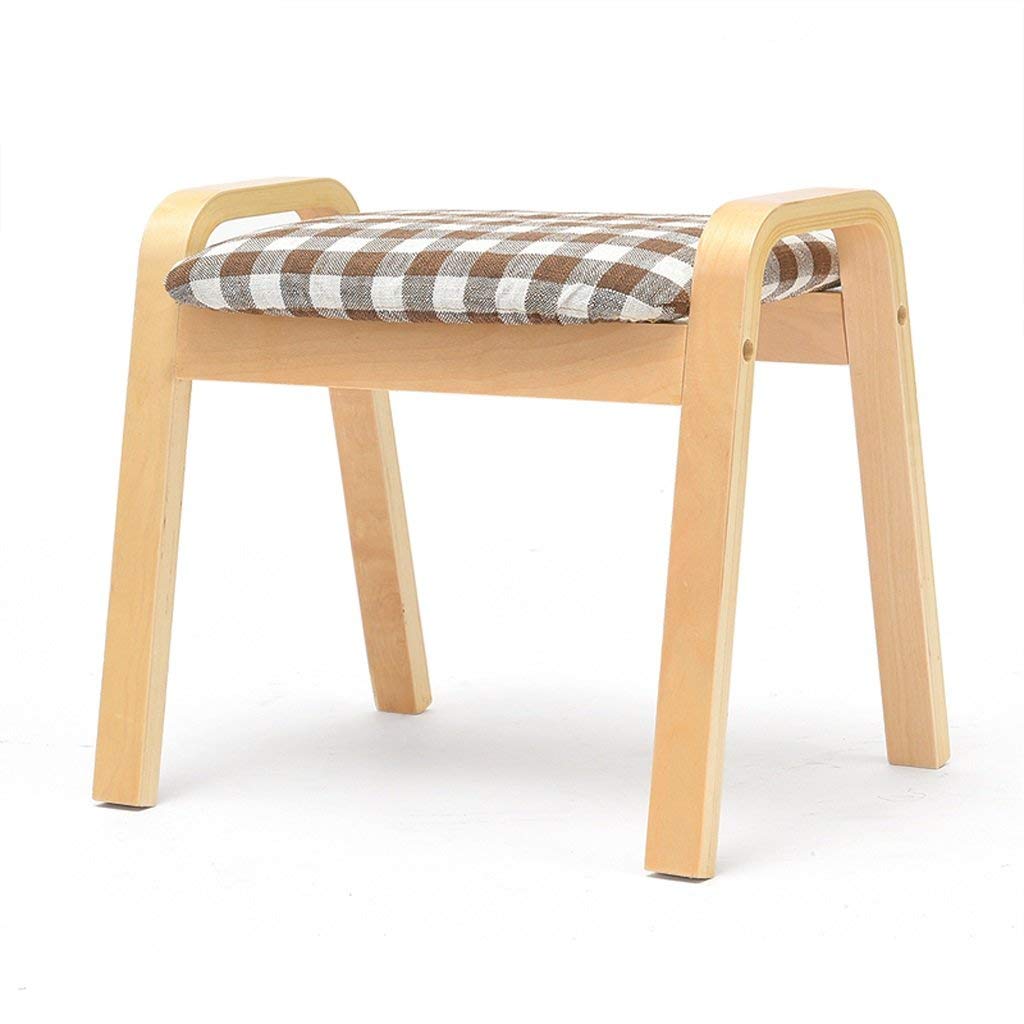